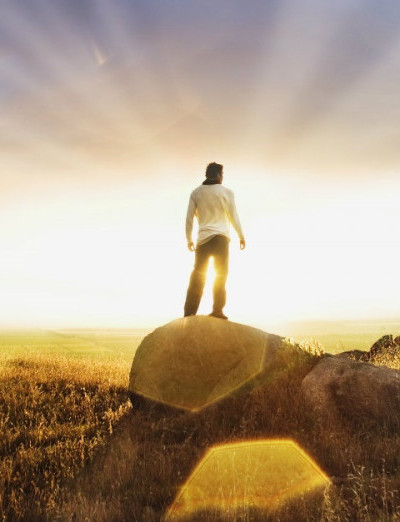 GOD KNOWS WHAT YOU ARE CAPABLE OF…..

There was a man in the Scripture named Gideon whom God wanted to lead the people of Israel against an opposing army. The angel appeared to him and said, “Hello, Gideon, you MIGHTY man of FEARLESS courage,” I can imagine Gideon looking around thinking, Who is he TALKING to? Gideon was afraid, intimidated, and insecure. But notice that God didn’t call him what he WAS. God called him what he could BECOME.

God sees your POTENTIAL. God knows what you’re CAPABLE of. You may FEEL weak, but God calls you STRONG. You may be intimidated TODAY, but God calls you CONFIDENT. You may feel less than, but God calls you well ABLE. If the Angel of the Lord were to appear to YOU today, He would say the same THING he said to Gideon. “Hello, you MIGHTY man, you MIGHTY woman of fearless COURAGE.” Why don’t you get in AGREEMENT with God and start BELIEVING what HE says about you?

The angel of the LORD appeared to him and said, “Mighty hero, the LORD is with you!… Go with the strength you have, and rescue Israel from the Midianites. I am sending you!”