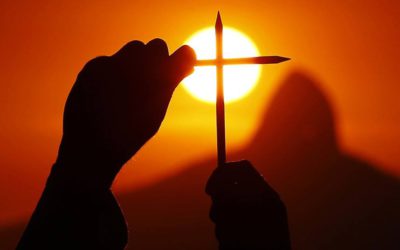 GOD KNOWS EXACTLY WHAT YOU NEED, AND WHEN YOU NEED IT

In the Bible, it says that God did NOT lead the Israelites by the shortest route to the Promised Land; He took them the long way on purpose because they were not prepared for war. God knew that if He would have taken them into the land too quickly, they would have been easily defeated. Their enemies were much bigger and much more experienced. I’m sure they prayed many times, “God, we’re uncomfortable out here in the desert. We’re hot. We’re tired. Where’s our Promised Land?”

But God didn’t answer that prayer, not because He was trying to make their lives miserable, but because He knew what was up in front of them. He had to PREPARE them to step into the FULLNESS of their DESTINY!

In the same way, God has already laid out the PLAN for your life. He knows exactly what you NEED and when you need it. If you are in a difficult situation that’s taking longer than you had hoped, know that God is PREPARING you. He is STRENGTHENING you. Stay in FAITH and keep PRAISING Him as you move forward into the Promised Land He has for YOU, YOUR DESTINY!

Lord, You have heard the desire of the humble; You will prepare their heart; You will cause Your ear to hear.
Psalm 10:17, NKJV