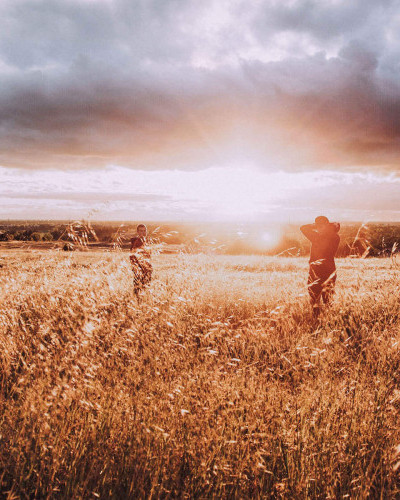 GOD ALWAYS HAS AN “AFTER THIS” IN YOUR FUTURE…..

Nearly OVERNIGHT, Job’s life was shattered by great personal losses and covered in a season of darkness. He could have given up on his faith. Even his wife told him to “curse God and DIE.” In the midst of the difficulty, Job looked UP and said, “I know that my Redeemer LIVES.” He was saying, “I know God is STILL on the throne. Though He slay me, yet will I trust HIM.”

When you can give God praise when life DOESN’T make sense, God will RELEASE you into a new level of your DESTINY. Notice that “after this” difficulty, Job came out with TWICE what he’d had before and lived for another 140 BLESSED years. Just because you experience a setback doesn’t mean your life is OVER. God has an “AFTER THIS” coming. When you go through TOUGH times, He’s not only going to bring you OUT, He’s going to bring you out INCREASED, PROMOTED, and BETTER than you were BEFORE.

After this, Job lived a hundred and forty years; he saw his children and their children to the fourth generation.